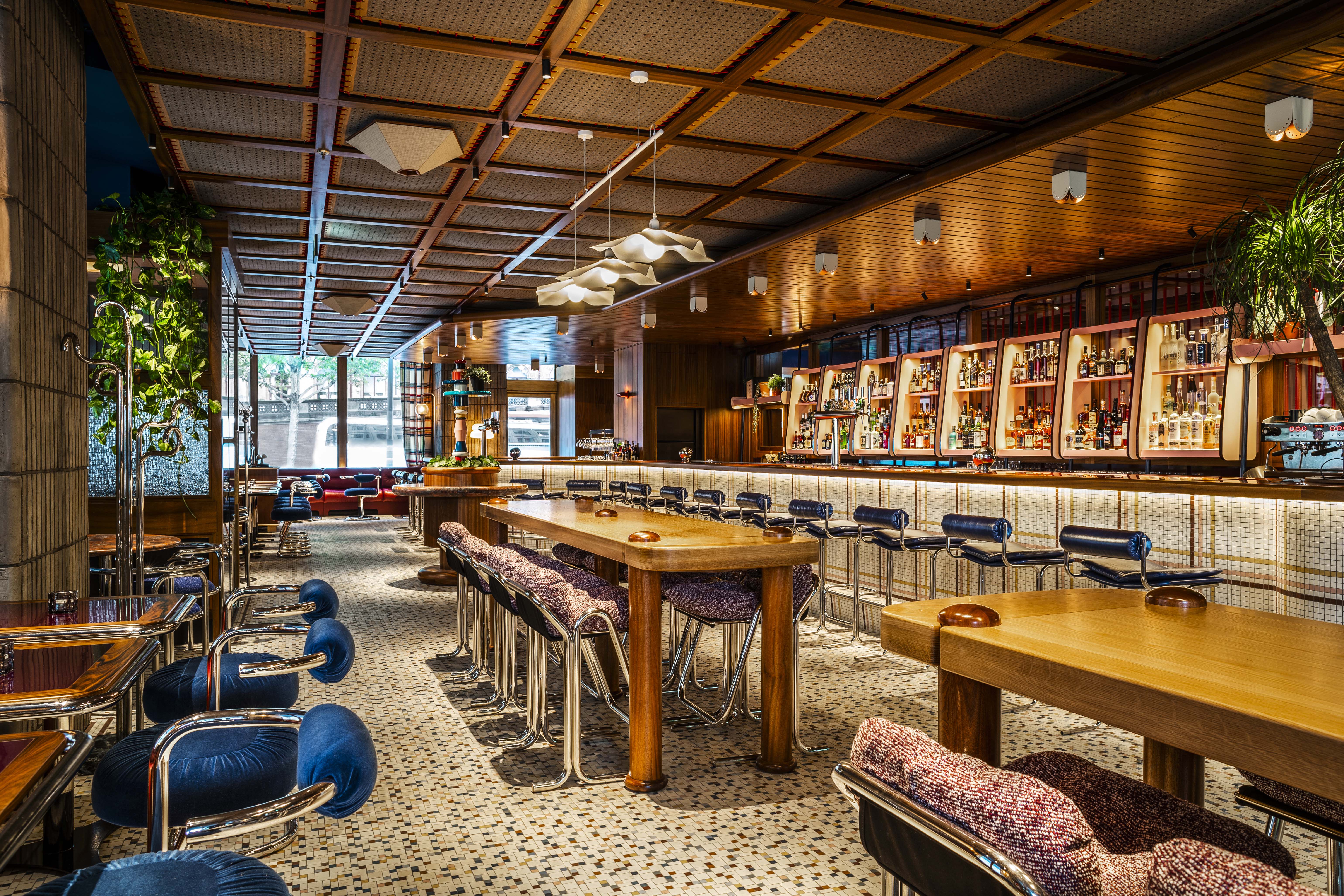 The Carrickfergus-based company completed the fit-out of a number of areas of the former Camden Town Hall Annexe, which opened to the public on 11th July.

McCue’s work on the project consisted of the fit-out of the entire ground floor area including the Hotel Lobby and the foliage-filled Isla restaurant.

One of the stand out features of the hotel on Argyle Street is the colourful Double Standard Bar. The bar, designed by Shawn Hausman and created by McCue, is the second longest bar in all of the UK.

Speaking about the company’s work on the project, Gary Purdy, McCue Managing Director Designate said, “The Standard Hotel in London was a fantastic project for McCue to be involved in, especially with it being the brand’s first hotel outside the United States. With the colourful themes throughout, this is something we have achieved in what was a unique and exciting project for McCue.”

The Standard, London is the brand’s sixth hotel, however their first international hotel. The hotel boasts 266 rooms, two restaurants and a recording studio.

McCue’s work in London and the UK has been going from strength to strength in recent times with the company completing projects for H&M HOME, The Corinthia Hotel, Ten Trinity Square and The Berkeley Hotel.