McCue announced as one of Ireland’s Best Managed Companies 2021 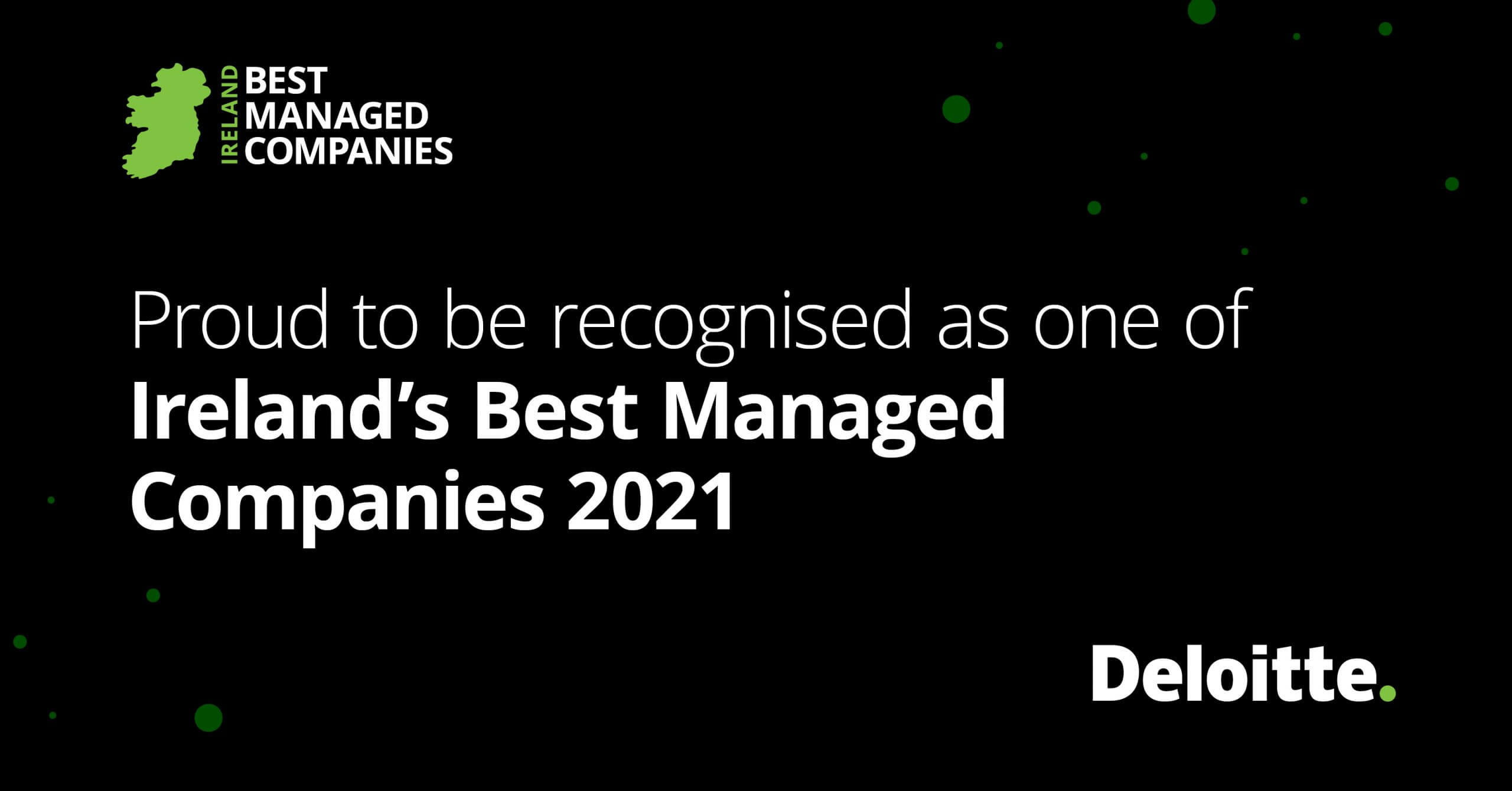 McCue has been named as one of Ireland’s Best Managed Companies. The awards programme is led by Deloitte Ireland, in association with Bank of Ireland. The company, which demonstrated superior business performance for the ninth year, was recognised at a virtual awards ceremony on Wednesday, 8 September.

25 companies have qualified for the first time this year. This year’s programme saw the highest number of new applicants in its thirteen-year history and culminated in a virtual symposium and awards ceremony this week. The winning companies represent 26 counties across the island of Ireland and come from a range of sectors. With this year’s new winners, there are now 139 companies that are recognised as Ireland’s Best Managed Companies. This network of companies has a combined turnover of €8.5 billion and employs a total of 40,000 people.

Ireland’s Best Managed Companies Awards programme promotes and recognises excellence in Irish/Northern Irish owned and managed companies and is the only awards scheme on the island of Ireland that considers a business’ performance from every perspective. Entrants to the programme compete for the designation in a rigorous process that evaluates the calibre of their management abilities and practices in addition to the strategy, capability, innovation, culture and financial performance of their companies.

Commenting on the award, Gary Purdy, Managing Director of McCue said: “ Maintaining platinum status from Deloitte and retaining our position as one of their Best Managed Companies is a fantastic achievement for our team. Deloitte Best Managed recognises the very best Irish companies operating at the highest levels of business performance and we’re proud to be in the company of many other successful Irish businesses.”

Anya Cummins, Lead Partner for Ireland’s Best Managed Companies Awards Programme at Deloitte Ireland said: “This year, a record number of applications to the Ireland’s Best Managed Companies Awards programme were received. The quality of the applicants demonstrated the extraordinarily high-quality businesses operating across the island of Ireland today. In a relentlessly challenging year, the winning companies displayed true bravery in how they adapted to change, with many innovating and some even accelerating their plans for their businesses.”

Harry Goddard, CEO, Deloitte Ireland and judging panel member commented: “This year’s winning companies had robust strategies in place prior to the pandemic, which enabled them to respond comprehensively to the changing situations they found themselves in. With no sector untouched by the impact of Covid-19, many companies remained committed to ensuring that they did not fall into the trap of doing things like they had always been done, just because that had worked in the past; in fact, many companies took the extraordinary challenge as an opportunity to develop and improve processes.

“The judges noted that, despite the risk of falling into crisis mode and focusing solely on the immediate challenges facing their businesses, the winning companies were adept at maintaining a long-term view of where their organisations were going and a strong clarity of purpose on what the business was trying to achieve, and why.”

Nikki Canavan, Senior Director, Bank of Ireland Corporate Banking and judging panel member said: “Over the last number of years the companies in the Best Managed Companies network have shown huge strength in the face of disruption and uncertainty. This year in particular – a year that tested Irish businesses like never before – the judges noted the commitment, bravery, resilience and tenacity of the applicant companies.”